Violence encompasses a broad range of issues in the home, culture, and world, according to Falkner, Green, and Whitney (2018). Domestic violence, child abuse, and even elder abuse can occur in the home. As nurses, we must be aware of characteristics that might cause us to suspect abuse ofsome kind. “You never know what goes on behind closed doors,” as the saying goes.Physical abuse may be the first thing that comes to mind when we think about domestic violence, but this is not the case. Domestic violence can take many forms, including control, sexual harassment, emotional abuse, and intimidation. Isolation, verbal assault, and financial exploitation are all forms of abuse (Arizona Coalition To End Sexual and Domestic Violence, 2019). And though it is difficult to know what goes on behind closed doors, there are symptoms that may lead a nurse to suspect domestic abuse, such as someone who has multiple injuries that they claim were caused by an accident, is often absent from work/school/occasions without explanation, is barred from seeing family and friends, and has extremely low self-esteem. (Robinson, n.d.)

Child abuse, including domestic violence, is very common all over the world (Draucker, 2004). Childhood violence may be physical, sexual, neglectful, or psychological, according to Draucker (2004). Mayo Clinic (2018) explains some symptoms that the nurse should be aware of that could indicate child abuse, including withdrawal from friends or usual activities, changes in behavior, apparent lack of supervision, attempts to flee,rebellious behavior, unexplained injuries, such as bruises, fractures, or burns, injuries that don’t match explanation, pregnancy, or a sexually transmitted infection.

Elder violence, according to Draucker (2004), is the most underreported crime. Elders can be afraid of punishment if they report harassment, or of being institutionalized if they are removed from their abuser (Draucker, 2004). Elder neglect can be difficult to spot at times because it can be mistaken for dementia. (Robinson (n.d.) goes on to list further cases, including broken bones, sprains, and dislocations, as well as signs of restraint, such as rope marks on the wrist.I currently work at a long term facility where they have a strict procedure for elder abuse. As per our facility’s protocol if the nurse suspects elder abuse we must inform the supervisor . Who then would advised call the Adult Protective Services (APS) right away. The abuse must be reported immediately to the state, and the hardest part is that the adult cannot be removed without a court order or if the adult does not want to accept the help. After it has been reported the nurse’s job is done, APS handles the case and investigates the adult. 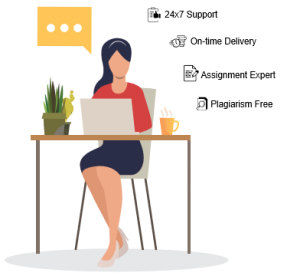